It was the perfect place. “Queen Elizabeth’s dancers lived here during the World War II era,” said the apartment manager. Each big property in this portion of California was built for her staff. It was a divine honor to live in the only studio space in the middle of this thick city that was surrounded by every imaginable tropical plant. It inspired a deep feeling of “home” from within me.

The moment you enter my large apartment studio, a huge mirrored wall would reflect back showing you your beauty. The other three walls were all closets for costumes, shoes, make-up and jewelry. Queen Elizabeth’s dancers definitely lived here. It was insanely beautiful.

So let me tell you one of the sexiest moments of my life and a very special kind of Tantra Orgasm that is very rare to achieve.

My love interest was a VP of a software company.

He worked from home, so that meant, two hours maximum on the computer, and six hours minimum on me. I had to shake him out of his monotonous routine, get him out of his home-office and into my tropical paradise home.

…fully feeling his veins, as the beat of their throbbing began to match the rhythm of the beat of my heart.

What was about to happen, I had never experienced before.

But first, let me rewind to before my mouth was full.

After four hours of deep sensual penetration, usually my mind would think that more pleasure is simply not possible, but we had prayed first. Yes, prayed. I am sure this prayer took me way beyond whatever I thought was possible in my conscious mind. We Tantriks call this prayer consecration.

We were almost in tears just sitting there, feeling the powerful love, support, and trust we had between us; a moment of thanks and dedication that only felt natural give.

I can hear my heart inform me of the illuminating prayer that is being whispered inside me.

“Thank you for allowing me to feel the most loving interactions between he and I in every cell of my body. Please lead me to Samadhi, as I dedicate this intimacy, and all actions between he and I to you, so that the whole world can benefit from all that is universally loving and true. Please help us all see through your eyes through and through.”

In a world where prayer, religion and God are out of style, and where sex is pushed underground, or above ground for commercial profit, but not for actual use…I found the best reason to pray.
Prayer made sex hotter.

The pleasure was pure ecstasy. With our intention and consecration so strong, the lovemaking seemed to last forever. The concept of time vanished and all that existed was the expansion of my cherished addiction as I watched a man being totally multi-orgasmic with no loss of his seed.

He continuously rode my internal rhythms of pleasure. They rippled through into his body in reverberating motion.

He orgasmed and orgasmed over and over again; more so than I’ve ever experienced in my body. I had never before seen a man climax so existentially.

I was fascinated by his ability, and perplexed as to why he was only multi-orgasmic with me.

I blissfully looked around my bedroom and caught the time on the clock. It was 3 am. We had disappeared into each other. We then disappeared again for 4 more hours.

I began to think that our love session was complete, and so, after lovemaking I am sent either into deep meditation or I pickup a pen and start writing things I could never imagined accessing before.

I picked up a pen and tuned inwards towards the bright sparks that had lit up inside my body; sparks that revealed ancient scripted knowledge and began writing.

30 minutes later, I felt like there was more to experience, even though it had already been 4 hours of immense pleasure between us…I push him up against the large costume closet door.

I was feeling his dick-pulse synchronize to the beat of my heart.

My mouth and throat were doing things I would never have thought of before.

Clearly the night was not over, and the real magic was just about to begin.

My ego and nervous system could not conceive of more pleasure. But I held present and enjoyed the new possibilities felt deep in my throat.

My first throat orgasm happened out of nowhere. It was surprising, confusing, and awesome.

Not at all a pleasure similar to that felt in the genitals or nipples, and not at all a sound that could be recognized as an orgasm once it is released.

An unknown sound came out of my body, and kept coming and coming and coming. I was just sitting there kneeling with a wide-open mouth that I could not close or stop from making any sounds. I just sat there listening to it and moving my eyeballs from left to right like and Indian classical dancer wondering when the sound was going to end.

It was a huge healing release.

My Indian teacher did tell me this type of orgasm was possible, and the technique to make it happen.

I had been trying to experience it ever since that day; however, it largely depends on the alchemy between two people.

She also told me that a throat chakra orgasm, since it is so high up in my body, would reverberate the energy from my throat to somewhere very high in his chakra system also, not his genitals. Where exactly that is, can only be mentioned in person after a precise understanding of your own chakra system is felt.

Many ask me where they can learn about multiple orgasms and Tantra, and so I recommend this course. 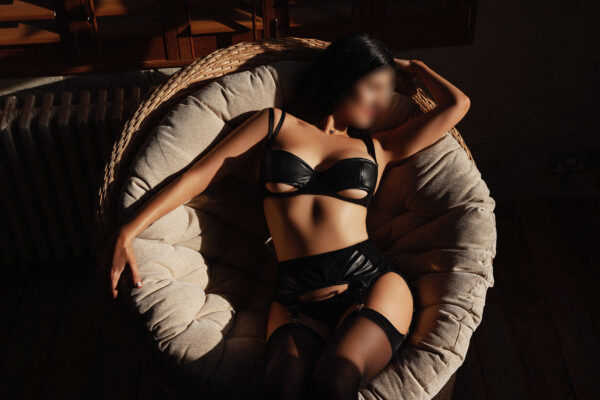 I am on my knees still, with my mouth open wide, sounding some dense unstoppable sounds. I can’t speak.

He’s losing his mind, pacing around the room holding his head and dripping sweat with his feet moving in a “step-touch” motion like in dance class, but not rhythmically – worrisomely.

I couldn’t do anything until I regained my speech and asked him to please lay down flat on the floor. He could not hear my voice over the adrenaline pumping so loudly in his heart – he could only pant and comb the sweat from his forehead, eyebrows and eyes backwards through his hair.

He was feeling a whole new tantra orgasm in his body too.

Although I was perplexed, I felt so steady, grounded and centered in my body, like I knew exactly what to do in a moment like this.

So let me backtrack and emphasize, this is all now because I got a throat orgasm and it shook his upper chakra system.

I had to ask him again, “Come lay down. I don’t want you to fall.” Still he “step-touched” dangerously around the room without the capacity of seeing what was in front of him.

He was in his own bubble of energy, his own “sack,” his own birth unit. I said it louder, but softer as I grab his hand and help him lay down slowly on the hardwood floor. I felt a familiar excitement and deep knowing that parts of him were about to go straight into communion with God.

He finally lies down. My knees on either side of his hipbones on the floor, as I lay my warm soft body on his cold sweat, match up our bellybuttons – not penetrated.

I peak to my right to catch a glimpse of both of us in the large wall mirror, making sure it is still he and I in the room because it really didn’t feel like it. Something ancient was happening.

My left arm went across my body to grab his shoulder, with my forearm pressing down against his collarbone to let him know I’m here and he is contained and safe to let go.

That is a double entendre; it was a crowing in both realms. From earth to high sky re-energizing his entire spine, birthing a new body form from root to tip, evolving a species from head to toe, from root to crown like a baby coming out of a fetus in the most beautiful and disgusting ways, full of the nastiest fluid and the most incredible divine beauty. The big hand was guiding it all.

He felt safe and he started to lose consciousness…

freely disappearing into the light inside his every cell. I knew he was simply gathering the energy to come through to a birth on the other side. Like I said, I was centered and knew exactly what was going on during this process.

My knees were still on the hardwood floor on either side of his hipbones; my arm still pressing down across his collarbone. Without thought, my body starts to slide down into what is called “child’s pose“ in yoga, as I lower myself down towards his legs, freeing up his torso space.

I get my knees off of the ground and come up to the balls of my feet, like reverse cowgirl, but not reversed, and not penetrated, just sitting up over him, observing the light move through his meridians.

I am even more fascinated watching this, than watching his multiple orgasms.

It was sexier seeing his strength accept all this new power that was awakening in him.

I knew what he needed next, and how to give it to him because I am the only one in the world that knows his favorite thing.

Our lovemaking was primal and divine.

WHAT IS A GFE TANTRA ESCORT?

Hi, my name is Tashizelle Monroe, and I train men to be Tantric. Only a few that come my way are confused about what a GFE Tantra Escort means, or what it is. The majority are already Tantric, they just don’t know it yet. I love being in their presence. There is something ancient vibrating inside them that fascinates me.

You might be thinking, “Wow! Tell me how!” or “Is that even possible?” or “What are chakras, and what do they have to do with sex or Tantric sex?” The same way you have a heart, lungs and stomach organs that you can see and feel in your physical anatomy, your chakras are in your… 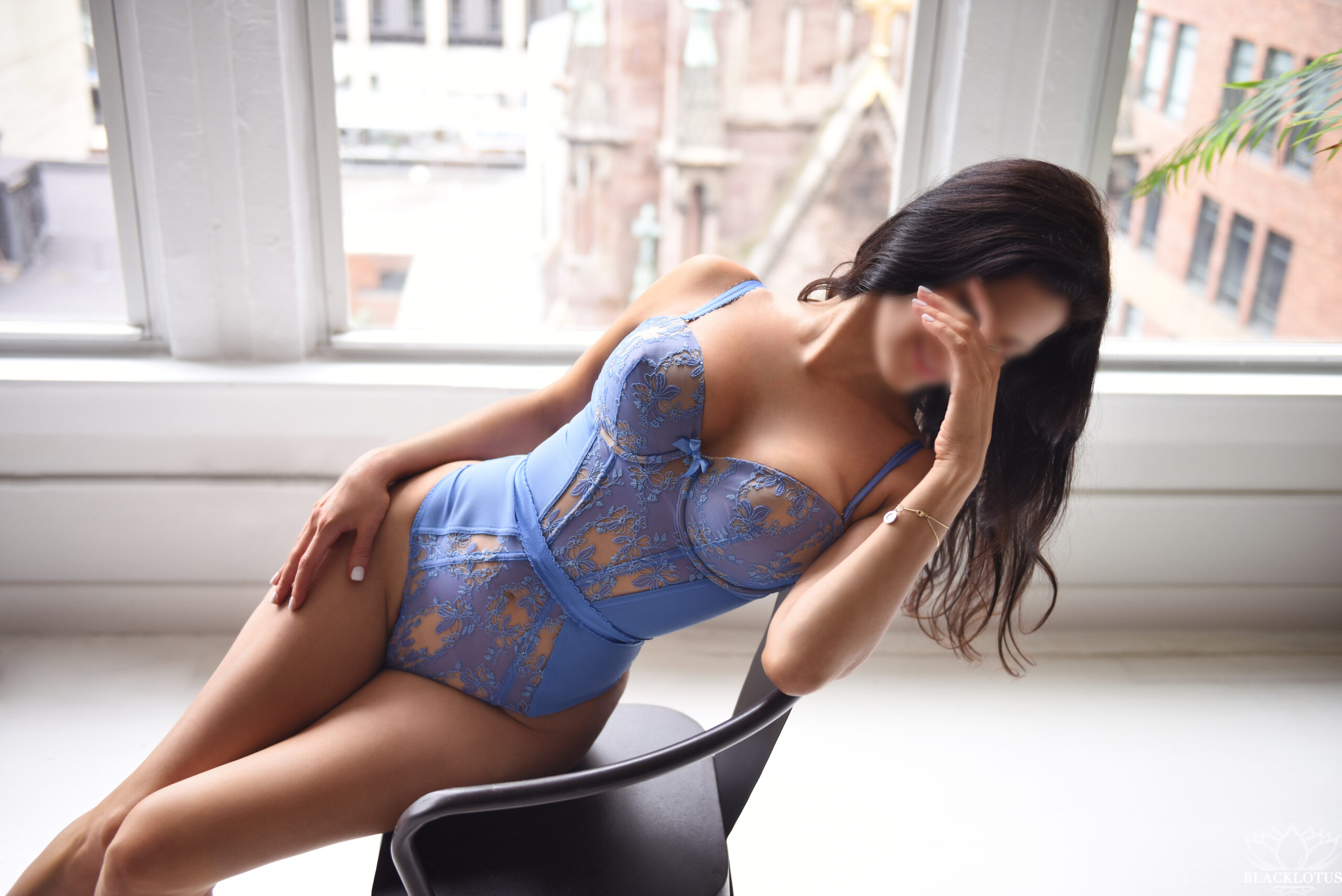 Fly Me To You Today

Fly me to your city for a soul-satisfying adventure, or let's embark on an exotic weekend away together.

6-week Customized Tantric Immersion Live Online with Me. Made For The Unique Needs of Busy, Successful, Connected Men.

Many great takeaways! I dispel various myths and confusions about Tantric practices for men and Tantric Sex.